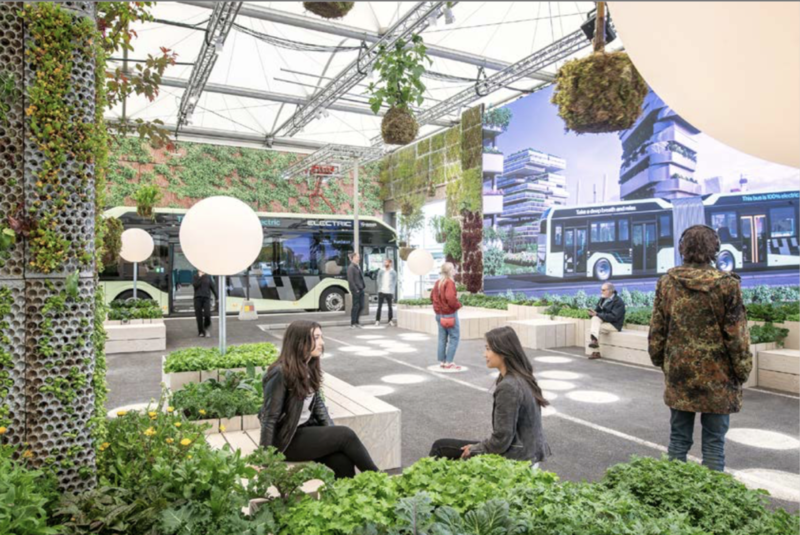 On the 16th and 17th of June 2020 the City of Gothenburg together with HAW Hamburg hosted the BSR Electric final Conference. As a result of the Covid-19 pandemic the conference had to be digitalised instead of being hosted in Gothenburg as it was initially thought.

The final conference marked the end of the BSR Electric project which began in 2017. The BSR Electric project has aimed to promote the usage of e-solutions in the transport systems of cities around the Baltic Sea. In the project, different types of urban e-mobility solutions have been tested and demonstrated. The thematic areas which the project has focused on are: E-buses, E-bikes within city logistics, E-scooters, electric trucks, and electric ferries. The project has been coordinated by HAW Hamburg and it received funding from the EU Interreg Baltic Sea Region.

The results of the case-demonstrations were showcased as pre-recorded films during the conference and gathered great interest among the attendees. In order to get the participants actively engaged a live Q&A was also organized on the initial day of the conference. The Q&A was attended by the involved partners of the project and resulted in many interesting insights and reflections from the audience.

One of the main outputs of the project is the creation of a roadmap guide for other municipalities to take inspiration from when implementing similar e-mobility solutions. This guide gathers the experiences of all the participating actors in the project and is now an available resource for everyone to use on the BSR electric website.

The Q&A session tackled the experiences and results of the different use cases. The discussions also approached the future to shed some light on aspects such as environmentally friendly solutions and if electrification could be a viable solution to reach the climate ambitions set for 2050. The panellists were positive regarding electrification to tackle the climate ambitions, but more work and testing is required to find solutions for heavy commercial vehicles such as boats, trucks and heavier construction machines. For lighter vehicles electrification certainly looks like a viable solution which also the BSR Electric project has proven.

One of the most notable and applicable areas where electrified solutions have made a breakthrough during the time the BSR Electric project has been active are commercial public transports such as buses. Therefore, one of the three live panels of the conference were dedicated to learning more about the implementation of such vehicles in three cities in northern Europe: Gothenburg, Hamburg and Oslo.

Attending the panel on electric buses were Zero from Oslo, Västtrafik from Gothenburg and VHH from Hamburg. These actors discussed their individual journeys towards implementing electrified buses as part of their public transport system. The three actors shared similar experiences but also faced different contextual challenges. Summarized energy supply and charging infrastructure is one of the hassles which must be solved in order to achieve a full conversion, but all the attendees of the panel stated that the transformation still is very much possible to achieve. It can be concluded that co-operation and shared learning has been a large success factor for all these actors in their efforts and will be also in the future.

Taking a new concept such as electrification of heavy liner traffic and making it work as well as a previously and currently established modes of mobility can be challenging. Oslo took advantage of neighbouring city Gothenburg and borrowed one of their electric buses which proved to be an eye opener. This exchange had large impact on decision makers in Oslo and eventually resulted in a decision to fully invest in implementing the technology with the aim to make public transport in Oslo fossil-free until 2028.

The ambitions to achieve a sustainable future are set high among the actors who participated in the panel (European Commission, Swedish Energy Agency, Business Region Gothenburg, Zero (Oslo) and the String-network) and electromobility is regarded as a viable solution to reach these ambitions, especially in the Nordic context.

Depending on the scale of operation, electromobility might not be the solution for everyone. From the EU perspective it is problematic to focus solely on electromobility, as the whole of EU wouldn’t be able to benefit equally from such a policy. Instead the European Commission focuses on the end results of its ongoing efforts. Robert Missen from DG Move explains that this focus for the next EU programming period of 2021-2027 will target making heavy commercial vehicles emission free, as these account for a large part of emission in the EU. Actors active in this field can therefore likely expect the EU to invest large assets to achieve this set goal.

Co-operation and cohesiveness are the keys to success for a successful transition to electrified and emission-free commercial vehicles. But with many actors present and active in the field it can prove to be a challenge to maintain a consistent overview of the situation and its development. Being actively engaged in projects such as the BSR Electric and international networks with the ambitions to have such an overview is a great start and could prevent actors accidently reinventing the wheel. The common message from all the participating panellists was that the development of technologies such as electromobility which can support the green transition which Europe is undertaking can be done but it will require active collaboration and testing from a broad majority of active stakeholders.

Apart from the live panels and introduction of the use cases there are additional content still available on the BSR Electric conference site such as: recorded presentations tackling different topics related to the usages, opportunities and challenges surrounding Electromobility, don’t miss out on this!

The virtual conference platform remains completely open, right next to our free e-learning course. All the conference materials can be accessed at any time by clicking on the button below!

Live Session 2 : Procurement and acquisition of electric buses in Oslo, Gothenburg and Hamburg

Live Session 3 : Implementation of electrified commercial vehicles and charging infrastructure in Europe in the future